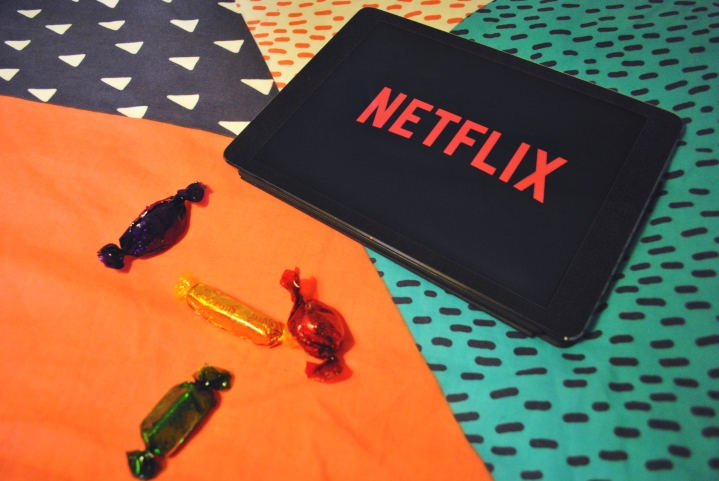 At the beginning of 2018 I decided I’d like to watch more films. I often found myself watching the same films over and over again and I felt like I needed to broaden my horizons!

I had a look on the IMDB Top 100 Greatest Movies of All Time (The Ultimate List) for inspiration and realised that I had only seen a handful of films on the list. I decided to challenge myself to work my way through the list over the course of 2018 and see what I had been missing out on!

I originally told myself I’d watch everything on the list throughout 2018, however by mid-February that was proving quite a challenge. I’ll be honest, a lot of the films on this list I had previously never even heard of, and lots of them I wasn’t particularly interested in, which surprised me considering I called myself a movie fan. As Netflix was my main source, it was often hard to try and track down some of the titles on the list, so I decided to abandon the IMDB list and continue to search for films that I had previously never seen.

Here’s a list of the films I managed to get through:

…….. and it’s safe to say I failed my 100 movies challenge! To be able to complete this challenge I would have had to watch at about 2 movies a week – on the surface this sounds pretty easy, but life just seems to get in the way and it’s hard to find time to commit to watching films. With a full time job, trying to read books (see what I read in 2018 here), general life stuff and watching Friends constantly on repeat, there just doesn’t seem to be enough hours in a week! I also watched a few new TV shows this year that I had previously never seen…

Bohemian Rhapsody:
I saw this one at the cinema and didn’t want to blink it was so good. I loved every second of it. I wouldn’t exactly call myself a huge Queen fan, I like their music and appreciate what they did but I wasn’t sure what to expect going to see this. This film made me realise how good their music really was and showcased their amazing journey and Freddie’s battles beautifully.

A Quiet Place:
Another title I saw at the cinema (maybe I enjoy films a lot more when I see them there) but I thought this film was excellent. As a big horror/thriller fan and someone who has seen way too many films within that genre I often tire of these kinds of films because I feel like I know exactly what is going to happen. A Quiet Place was completely different, so unique and a really refreshing film to watch. It had me on the edge of my seat with great suspense and some good shocks.

Schlindler’s List:
I didn’t know what to expect with this one as I’d always heard of it being one of the best films ever made. This film is long and heart-wrenching so you need to be in the right frame of mind to watch it. I couldn’t believe at the end that this was actually a true story and seeing the families of those that Oskar Schindler managed to save is just wonderful.

Gravity:
I was completely immersed in this film. I was fascinated by the cinematography and couldn’t even begin to work out how they created some of the scenes. They made life in space look more realistic than any space film I have previously seen.

Bates Motel:
I actually started watching Bates Motel before I watched Psycho, so I wasn’t entirely sure of the premise of the series. Once I had watched Psycho I felt more connected to the story. I loved the on-screen relationship between Norman and his mother Norma. Throughout the seasons of Bates Motel you can really see the deterioration of Norman’s mental state and it really builds up to the Norman we see in the movie.

Derek:
All I knew about Derek before watching it was that it starred Ricky Gervais and Karl Pilkington (sold it for me), however I honestly had no idea what the series was actually about. I adored this TV show, for a comedy it had so many lovely heartwarming stories and messages. I actually cried at one of the episodes in Derek – I’m definitely not an emotional person when it comes to films and TV and I most certainly never thought I’d cry anything other than tears of laughter at something that involved Ricky Gervais and Karl Pilkington. This was such an emotive show in many different ways.

Throughout my life there have been countless occasions where I have been discussing movies with friends, family and work colleagues and felt like I had been living under a rock because of the sheer horror on peoples faces when I told them I hadn’t seen huge cult classics and popular films like Jaws, The Godfather, Psycho and many many more! I definitely feel more enlightened after completing this challenge and enjoy my new ability to recognise quotes from a few of the famous films that I definitely should have seen before now.

This post was inspired by Rachael from Helpless Whilst Drying‘s 100 movie challenge.